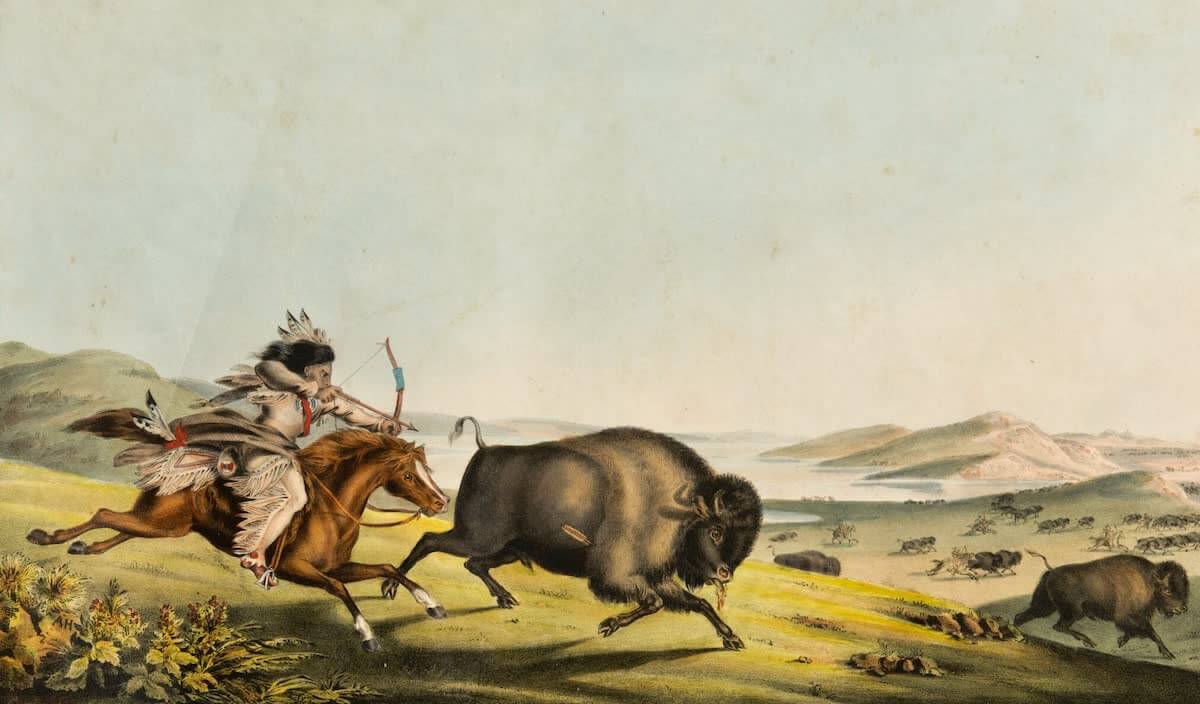 American Indians is the name given to the people found in North and South America when discovered by the Europeans. They were called Indians because the newly found land was supposed to be a part of India. These scattered tribes, while varying in civilization from the rudest savages to the cultivated Aztecs of Mexico, and Incas of Peru, are now thought to belong to the same race. They are brown or copper-colored, with straight, black hair, high cheek bones, head rather square and flattened behind.

Their origin is uncertain, though all the tribes have traditions of an early emigration from some region either north or south. The most civilized tribes when America was discovered, were those found from New Mexico to Peru. They had buildings of which remains are still found; while the northern Indians dwelt in tents or other movable buildings. All the tribes were hunters and fishers, raising a few crops, as corn, beans and tobacco. They made pottery, stone pipes, arrowheads, snow-shoes and bark canoes and baskets.

The Pueblo Indians of New Mexico built towns and temples. The Mexican and Peruvian tribes had modes of keeping records. They were governed by chiefs, who sometimes were made such by inheritance and sometimes by merit. They believed in a future life, and carefully buried their dead. In South America and Mexico the Indians have largely mingled with the conquering races, and are much less distinct from them than in the United States.

The Indian wars of the United States began in Virginia in 1622 and in New England in 1637, and continued at intervals, with many victories by the Indians and terrible massacres of the whites; but in the long run with the sure defeat of the savage by the arts and arms of civilization. The Indians have been steadily pushed westward, and have been deprived of their lands by treaties, which have again and again been broken.

The policy of the United States government was to break up the reservations, do away with the tribes and make citizens of the Indians. Schools have been established, and there are 12 government training schools for Indian youth, where from 3,000 to 4,000 can be cared for. In 1907 the appropriation made by Congress for Indian schools was over $9,000,000. In 1887 Congress confirmed the Indian title to all reservations, of which there are about 133, including 116,000,000 acres. Every Indian in the United States, with the exception of the Alaska Indians and those of the five civilized tribes, could receive 160 acres apiece, and still enough land be left to pay the entire cost of educating the Indian children.

See; A Century of Dishonor by Helen Hunt Jackson; American Indians by Catlin; Native Races of the Pacific States by Bancroft; Story of the American Indian by Brooks; and Red Race of America by Schoolcraft.