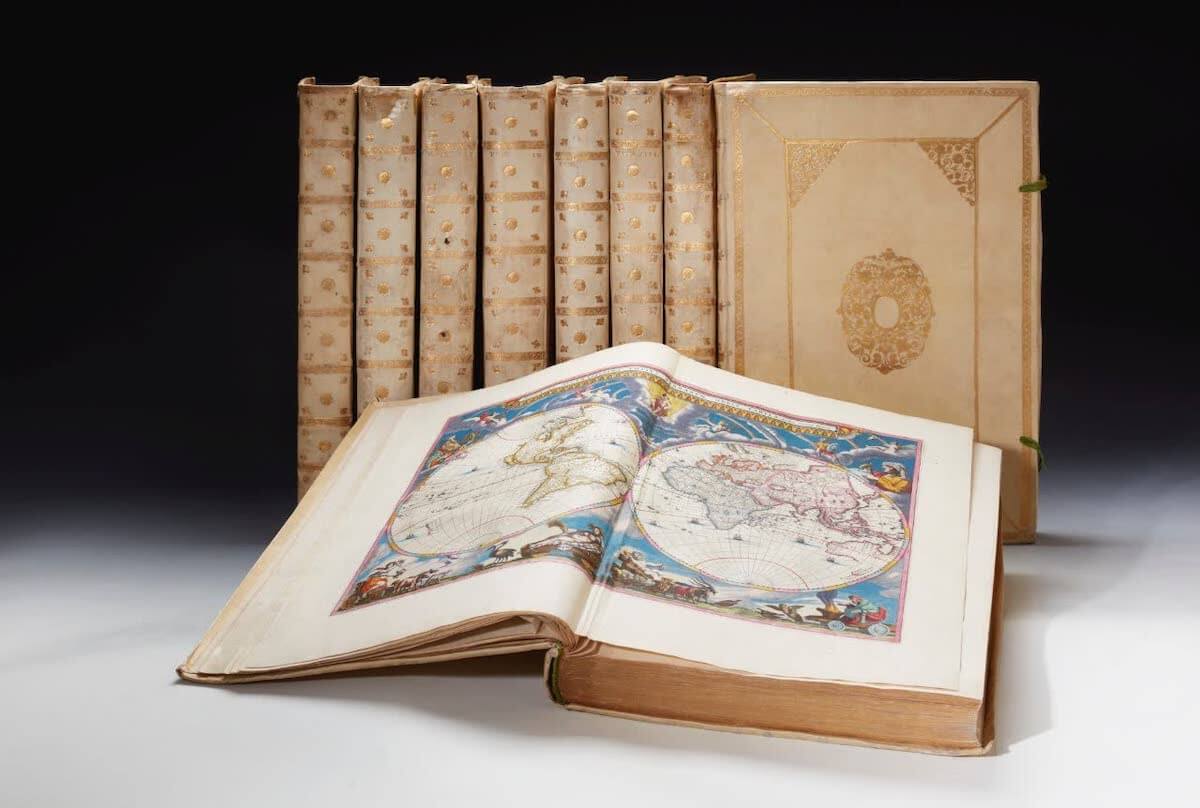 An atlas is a collection of maps; it is typically a bundle of maps of Earth or a region of Earth. Atlases have traditionally been bound into book form, but today many atlases are in multimedia formats.

In addition to presenting geographic features and political boundaries, many atlases often feature geopolitical, social, religious and economic statistics. They also have information about the map and places in it like cities and geographical features.

The use of the word atlas in a geographical context dates from 1595 when the German-Flemish geographer Gerardus Mercator published Atlas Sive Cosmographicae Meditationes de Fabrica Mundi et Fabricati Figura. (Atlas or cosmographical meditations upon the creation of the universe, and the universe as created.)

This title provides Mercator's definition of the word as a description of the creation and form of the whole universe, not simply as a collection of maps. The volume that was published posthumously one year after his death is a wide-ranging text but, as the editions evolved, it became simply a collection of maps and it is in that sense that the word was used from the middle of the seventeenth century. The neologism coined by Mercator was a mark of his respect for the Titan, Atlas, the "King of Mauretania", whom he considered to be the first great geographer.

The first work that contained systematically arranged woodcut maps of uniform size, published in a book, thus representing the first modern atlas is conventionally awarded to the Flemish cartographer Abraham Ortelius who in 1570 published the collection of maps Theatrum Orbis Terrarum. Other major atlases include Atlas Maior by Joan Blaeu as well as many more.