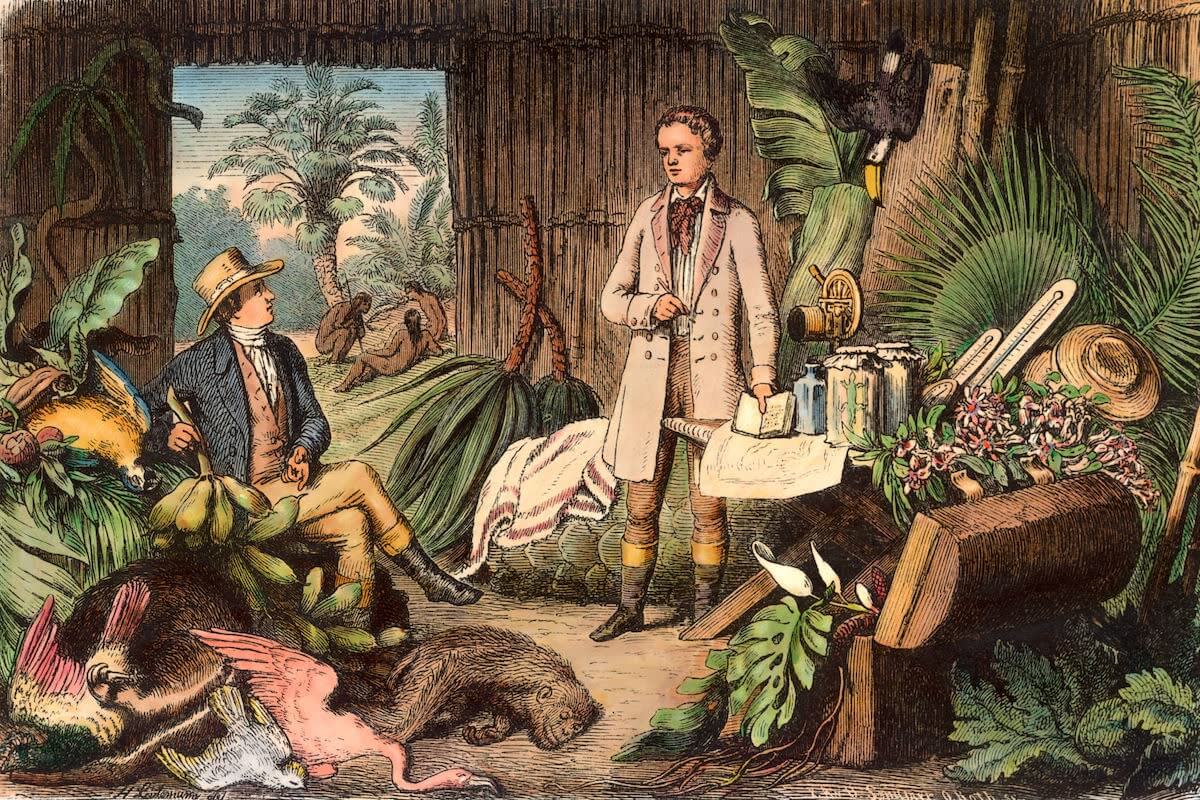 Natural history is a domain of inquiry involving organisms including animals, fungi and plants in their environment; leaning more towards observational than experimental methods of study.

A person who studies natural history is called a naturalist or natural historian. Natural history encompasses scientific research but is not limited to it. It involves the systematic study of any category of natural objects or organisms.

The idea of natural history dates from studies in the ancient Greco-Roman world and the mediaeval Arabic world, through to European Renaissance naturalists working in near isolation, today's natural history is a cross discipline umbrella of many specialty sciences; e.g., geobiology has a strong multi-disciplinary nature.

The meaning of the English term "natural history" (a calque of the Latin historia naturalis) has narrowed progressively with time; while, by contrast, the meaning of the related term "nature" has widened. In antiquity, "natural history" covered essentially anything connected with nature, or which used materials drawn from nature, such as Pliny the Elder's encyclopedia of this title, published circa 77 to 79 AD, which covers astronomy, geography, humans and their technology, medicine, and superstition, as well as animals and plants.

Medieval European academics considered knowledge to have two main divisions: the humanities (primarily what is now known as classics) and divinity, with science studied largely through texts rather than observation or experiment. The study of nature revived in the Renaissance, and quickly became a third branch of academic knowledge, itself divided into descriptive natural history and natural philosophy, the analytical study of nature.

In modern terms, natural philosophy roughly corresponded to modern physics and chemistry, while natural history included the biological and geological sciences. The two were strongly associated. During the heyday of the gentleman scientists, many people contributed to both fields, and early papers in both were commonly read at professional science society meetings such as the Royal Society and the French Academy of Sciences - both founded during the seventeenth century. Natural history had been encouraged by practical motives, such as Linnaeus' aspiration to improve the economic condition of Sweden. Similarly, the Industrial Revolution prompted the development of geology to help find useful mineral deposits.