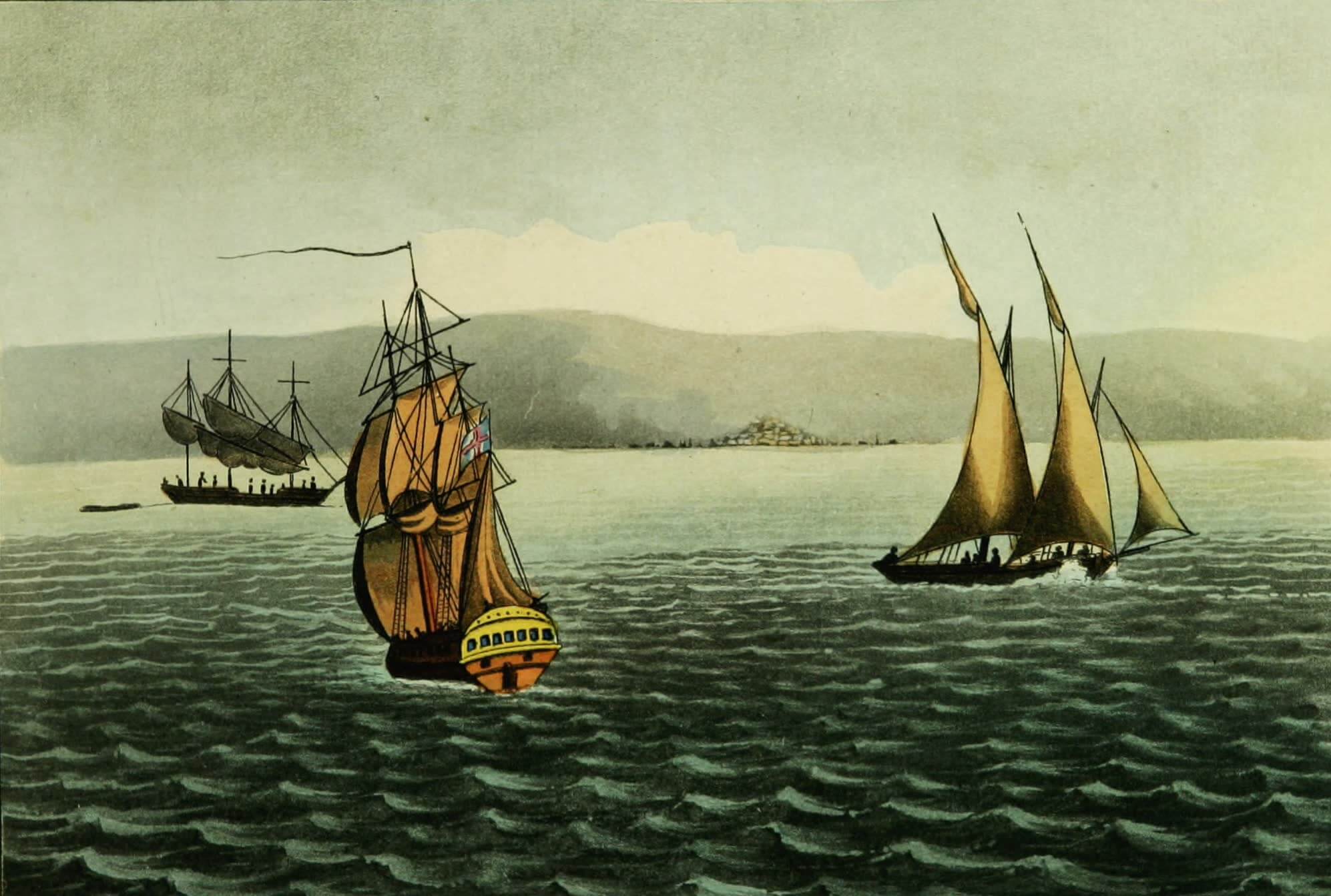 In the 21st century, most sailing represents a form of recreation or sport. However, until the mid of the 19th century, sailing ships were the primary means for marine travel, a period known as the Age of Sail (1571-1862). Many of our collections are centered around maritime exploration and adventure and prominently feature the topic of sailing.

The age of sail runs roughly from the Battle of Lepanto in 1571, the last significant engagement in which oar-propelled galleys played a major role, to the Battle of Hampton Roads in 1862, in which the steam-powered ironclad CSS Virginia destroyed the sailing ships USS Cumberland and USS Congress, demonstrating that the advance of steam power had rendered sail power in warfare obsolete. The Suez Canal, in the Middle-East, which opened in 1869, was impractical for sailing ships, and made steamboats faster on the European-Asian sea route.

The period between 1850 and the early 20th century when sailing vessels reached their peak of size and complexity is sometimes referred to as the "Golden Age of Sail". During this time the efficiency and use of commercial sailing vessels was at its peak-immediately before steamboats started to take trade away from sail. By 1873, the Age of Sail had definitely ended, with HMS Devastation (1871), commissioned in 1871. HMS Devastation was the first class of ocean-going battleships that did not carry sails.

Sailing ships sometimes continued to be an economical way to transport bulk cargo on long voyages into the 1920s, even if steamships also were used for such transports and became more and more common. Sailing ships do not require fuel or complex engines to be powered; thus they tended to be more independent from requiring a dedicated support base on the mainland. Crucially though, steam-powered ships held a speed advantage and were rarely hindered by adverse winds, freeing steam-powered vessels from the necessity of following trade winds. As a result, cargo and supplies could reach a foreign port in half the time it took a sailing ship.

However, eventually sailing vessels were pushed into narrower and narrower economic niches and gradually disappeared from commercial trade. Today, sailing vessels are only economically viable for small scale coastal fishing, along with recreational uses such as yachting and passenger sail excursion ships.